A young, somewhat pale wizard who gives the impression of constantly being at least a little bit ill yet never seems to have any serious sickness. Other than this he’s the picture of a well-formed young human, a little on the tall and skinny side perhaps but still far from gangly or underweight.

In character he seems dour or sarcastic by turns and he’s been known to say some pretty sharp things in jest at the expense of another’s pride or dignity.

Raskin tends to dress in the classic robes of Wizardry even in the most difficult terrain, but has the good common sense to have them made with a consideration for freedom of movement. These clothes are clearly tailored and not cheap.

From what anyone can tell the lad has no family, at least not that he’ll admit to. 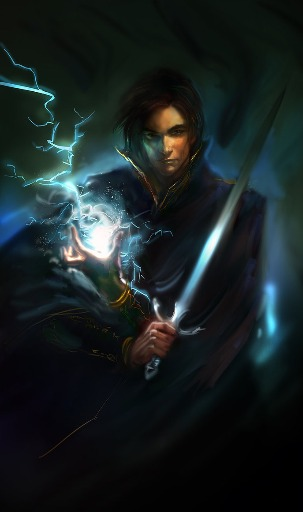